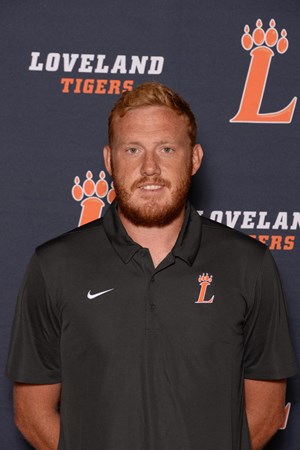 Our soccer season is well underway, and we’ve had so much fun watching our players out their on the pitch!

Not so new to the pitch, but new to the position of Director of Player Development, is Anthony Doherty.

Many of you already know Anthony or have seen him around, and we are VERY excited to welcome him into this position. In this role he will work with all of the Storm coaches to improve the quality and consistency of training and player development.

Anthony brings a depth of experience to the FC Storm program. He has trained recreational and select players from 5 years old to high school varsity players. Anthony has coached at over 75 camps in 15 states and completed his US Soccer C License this summer.

In 2019 Anthony joined the staff at Loveland High School as the Assistant Varsity coach for men’s soccer. He is the Director of Boys Soccer for the Cardinal Premier League and coaches and trains our FC Storm high school teams.

Since 2014 Anthony has been training players in Loveland. In 2017 he began working year-round with Loveland Youth Soccer Association to improve the quality of training across the recreational program. He is the Director of the Loveland Soccer Academy where he built a highly regarded development program for U7 and U8 players. He has trained many of the players who now play for FC Storm.

Anthony was born in Manchester, UK where he excelled in soccer as a youth. He began coaching soccer for the local clubs he grew up playing for. After completing high school, Anthony obtained a level 3 National Diploma in Sport and Exercise Science in college.

Anthony has a Bachelor of Science Degree in Sports Coaching from the University of Central Lancashire in Preston. While at University, Anthony volunteered his time as a performance video analyst with the professional soccer team, Blackburn Rovers, who at the time were in the Premier League.

Anthony and his wife, Paige, have two future Storm players; Ari and Elliot.